Number of births and fertility rate

The total fertility rate gives the average number of children a woman would have during her lifetime (e.g. 1.74 children in the case of 2017), extrapolating from age-specific fertility rates.

Since 1976, Australia's total fertility rate has been below replacement level. Replacement level is the level at which a population is replaced from one generation to the next without migration.

Looking at trends in the age of new mothers: 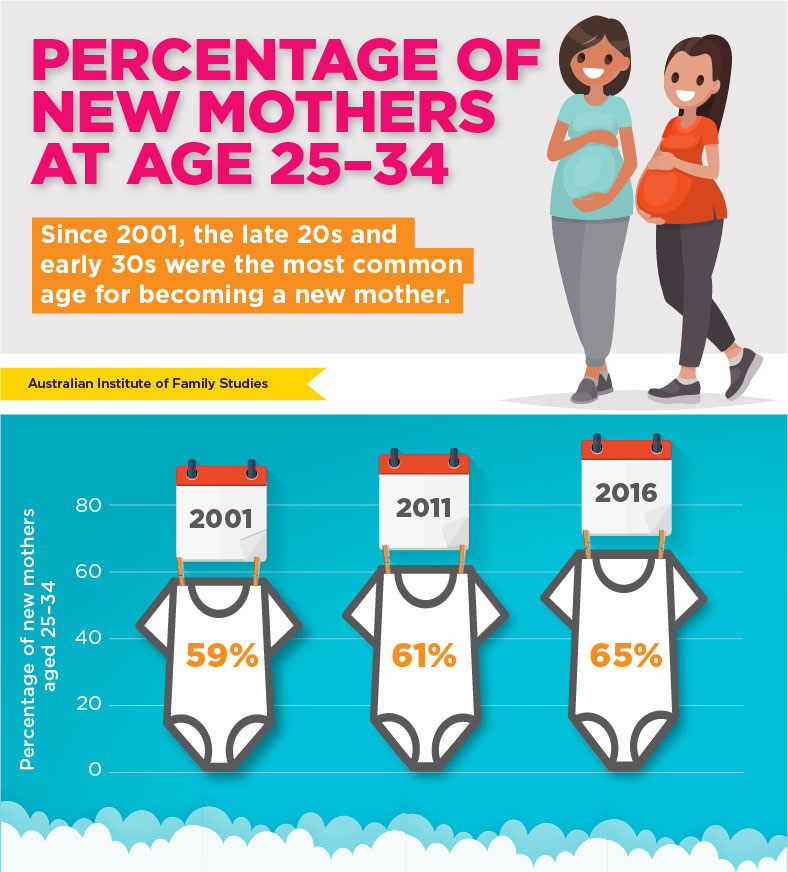 For the first half of the 20th century, around 4–6% of all births occurred outside marriage, rising to 8% in the late 1960s.

Since the 1970s, there has been a steady increase in these births: 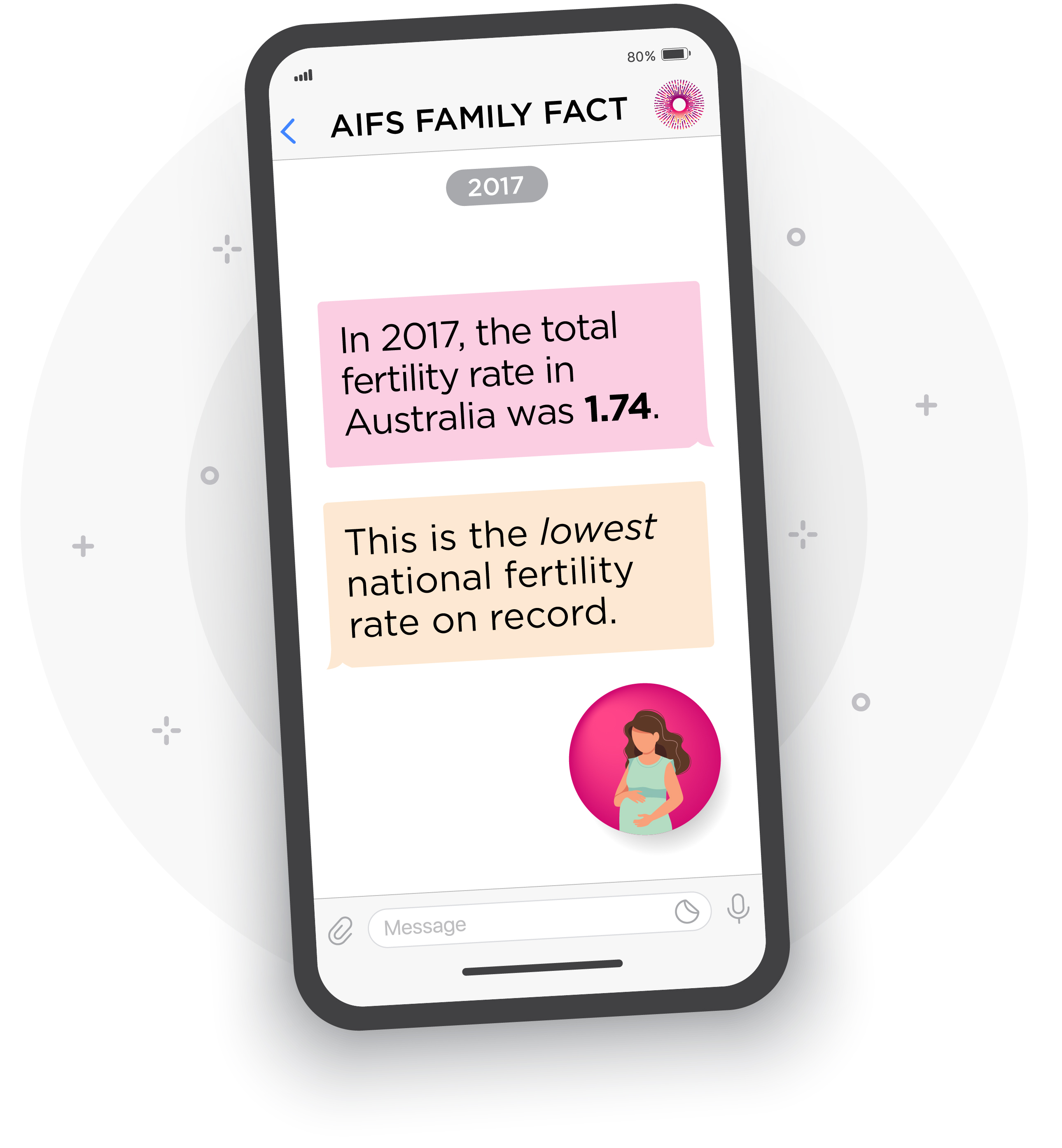