The crude divorce rate (divorces per 1,000 Australian residents) rose in the 1960s and 1970s and peaked at 4.6 per 1,000 resident population after the introduction of the Family Law Act 1975, which came into operation in January 1976 and allowed no-fault divorce.

At what age are couples divorcing?

In 2016, for both men and women, the divorce rate was highest for those aged 25–29 years. After that, divorce rates lower slightly, staying steady for couples during their 30s before a second peak in their late 40s. After 55, couples become increasingly less likely to divorce. 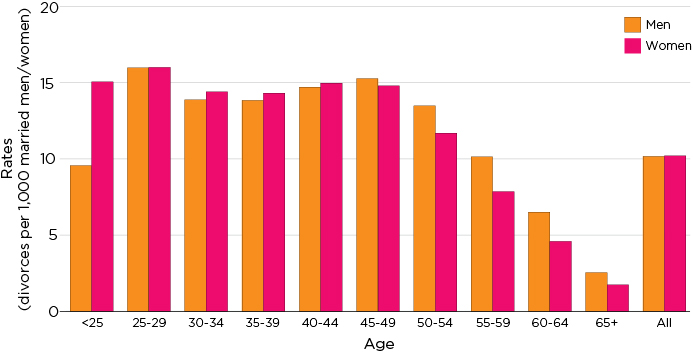 Duration of marriage to divorce

The largest proportion of couples separating and then divorcing are those who have been married nine years or less. In 2017, 56% of separations and 43% of divorces were from couples in this category.

What about the children?

The proportion of divorces involving children under 18 years has fallen since the 1970s, from 68% in 1975 to 47% in 2017. This trend is partly due to the rise in divorces of long-term marriages where children have grown up. 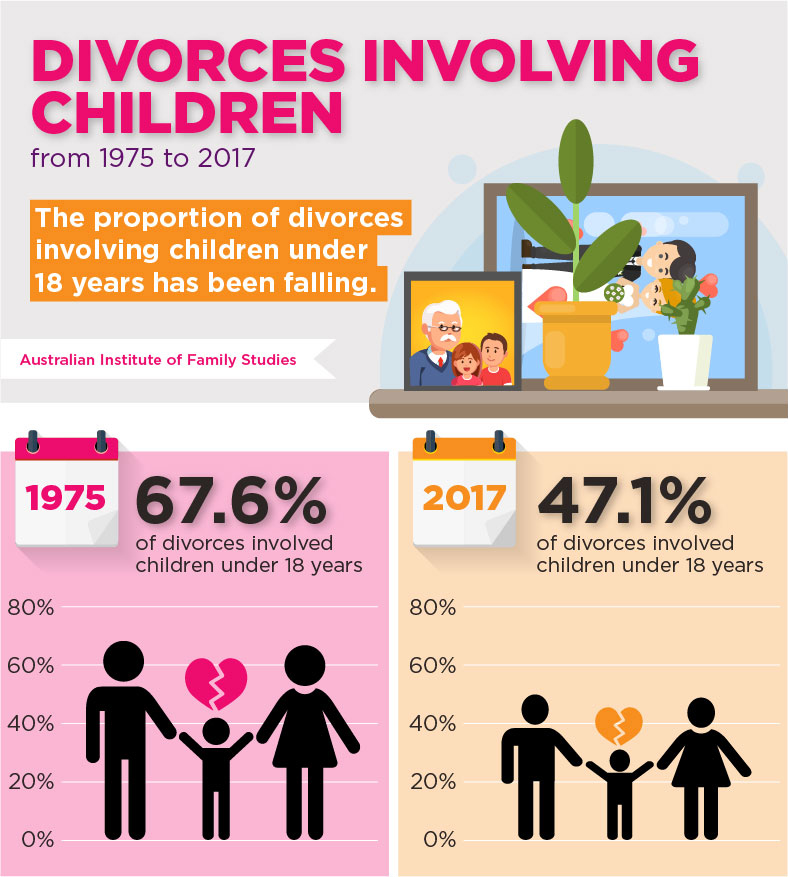 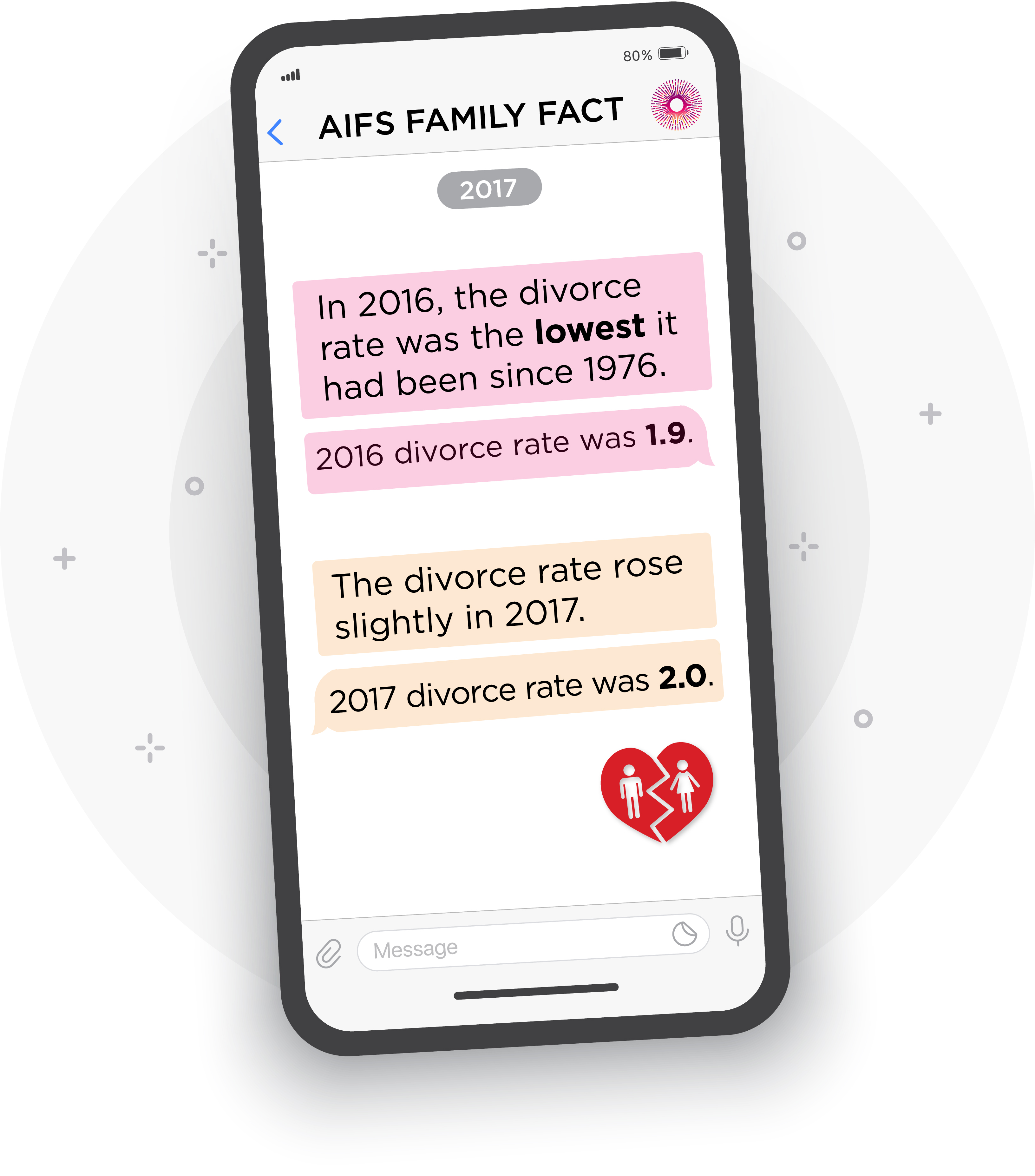