The crude marriage rate fluctuated in the decades before 1970. However, from 1970 the rate began to fall steadily until 2000, when it stabilised for a decade before falling again. In 2017 the rate was 4.6 marriages per 1,000 Australian residents, the lowest rate ever recorded.

Notes: Crude marriage rate: number of marriages per 1,000 of estimated resident population at June for each reference year.  Same-sex marriage was legalised in Australia in December 2017, so is not reflected in this data.
Source: ABS (various years) Marriages and Divorces Australia (Catalogue No. 3310.0)

How old are we when we marry?

Men and women have been waiting longer before getting married for the first time.

Living together before marriage

Most couples now live together before getting married. This has increased greatly since the mid 1970s. In 1975, only 16% of marriages were preceded by cohabitation. By 2017, 81% were. 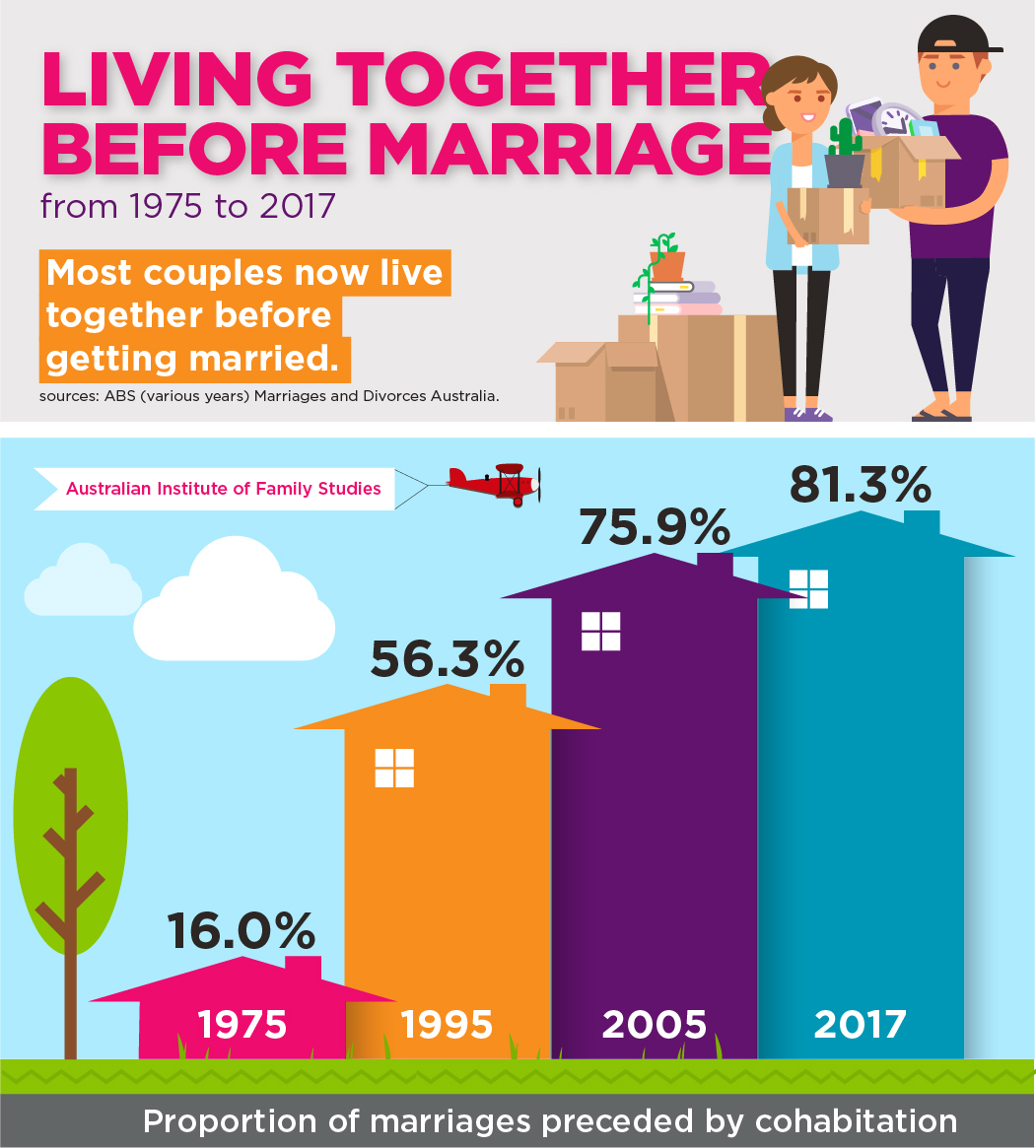 An increasing number of couples are turning to a civil celebrant to conduct their marriage ceremony.

Marriages by celebrants and ministers of religion, 1902–2017 (selected years) 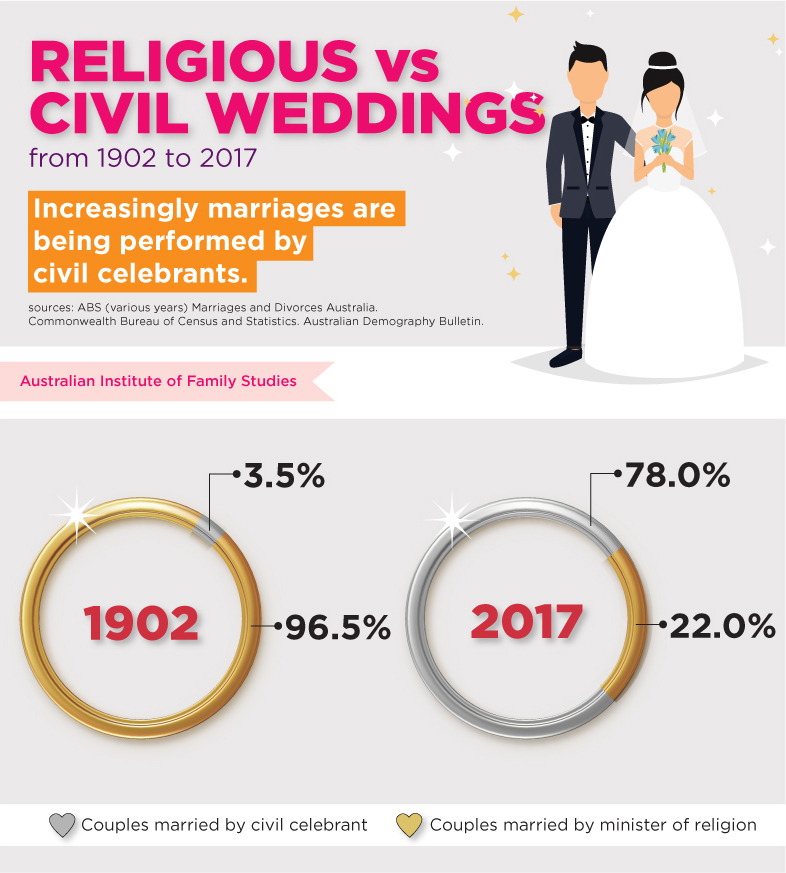 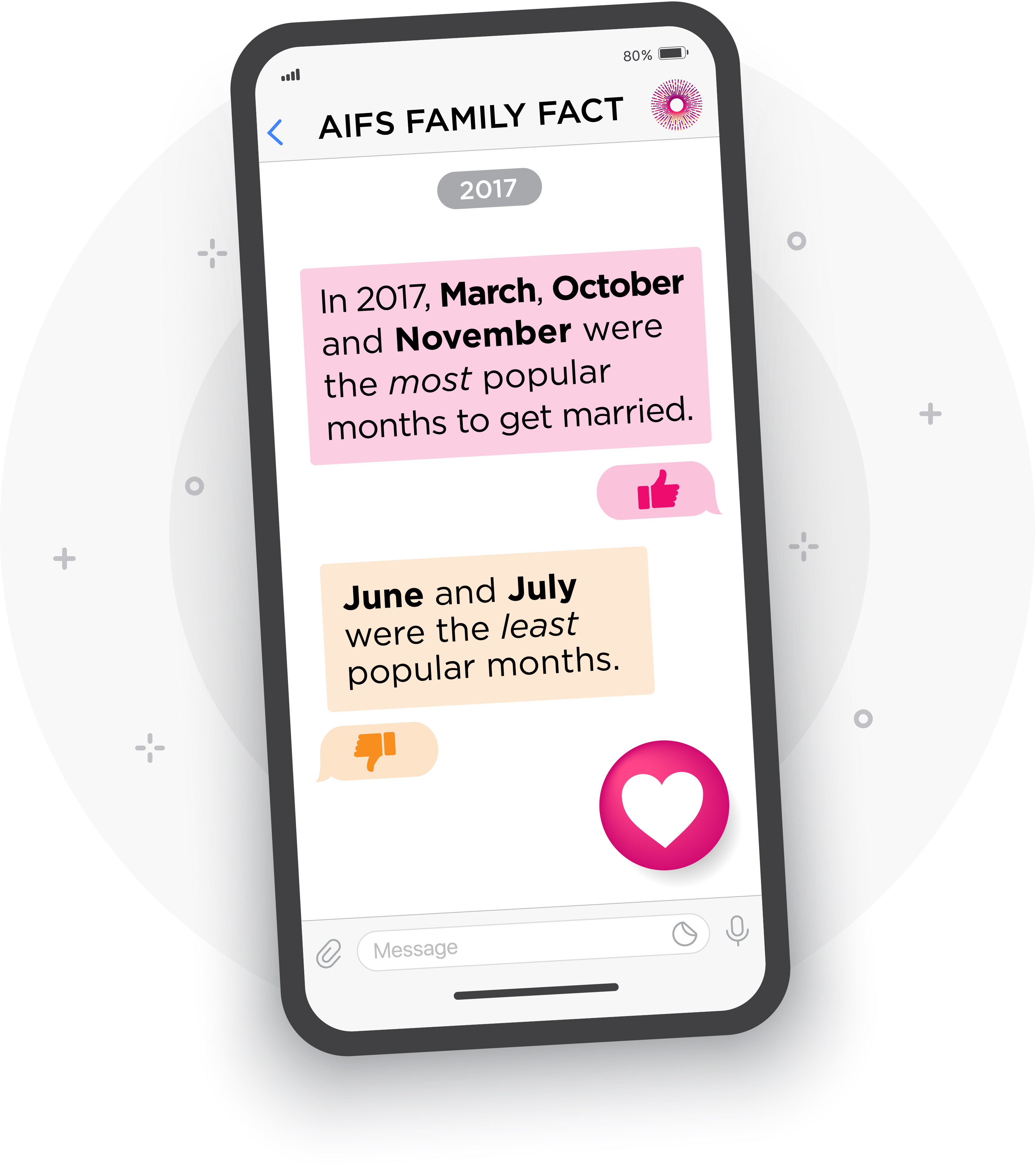