Generally, females engage in social activities more regularly than males. Women also tend to increase their social activities as they get older, while many men’s social engagement drops off at 75 years and older. 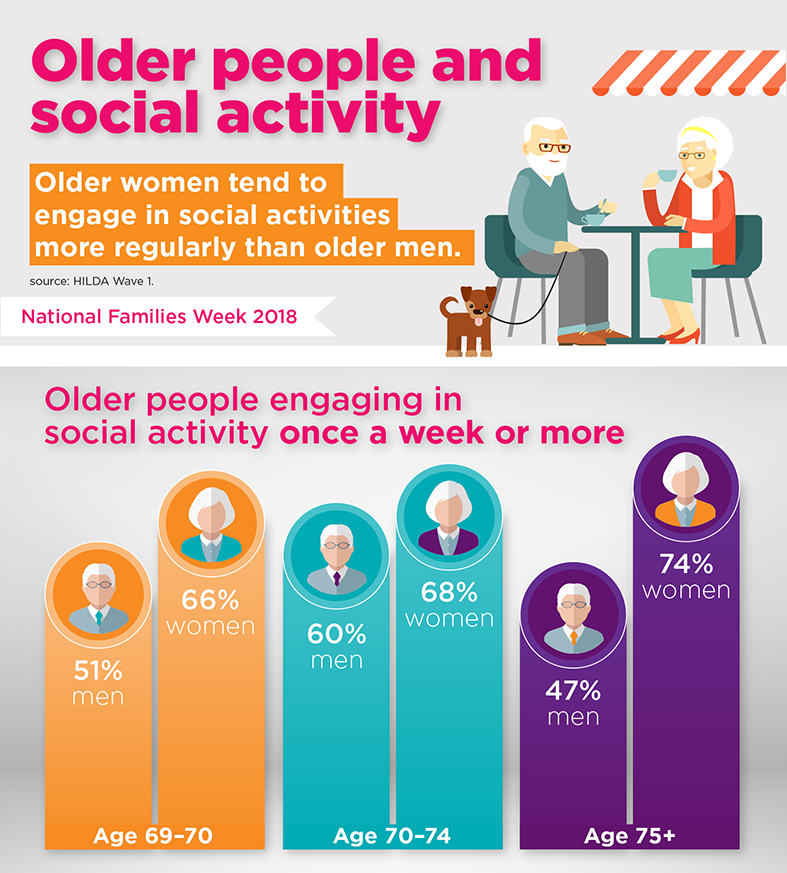 Older Australians are also providing a vital source of child care in many families.

Apart from parental care, the most common types of care for children under 13 years who attend school are grandparents(18.6%), followed by before/after school care (14.8%).

The most common types of care for children who don't yet attend school are long day care (36.9%) and grandparents (25.8%). Forty per cent of children under three years of age are cared for on a weekly basis by a grandparent. This care often supplements other forms of child care.

Some grandparents reside in the same household with their children and grandchildren. On average, 5% of Australian children are living in a three-generational home with their parent/s and grandparent/s (Baxter & Warren, 2015). This is particularly common among Indigenous and Asian households. These grandparents often provide some child care. 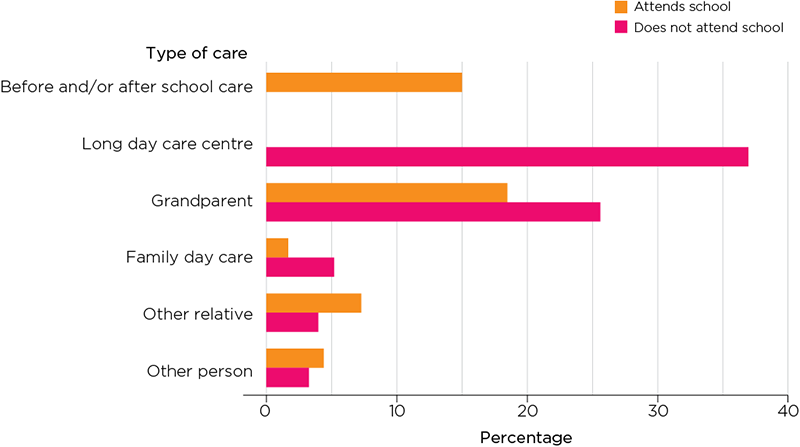